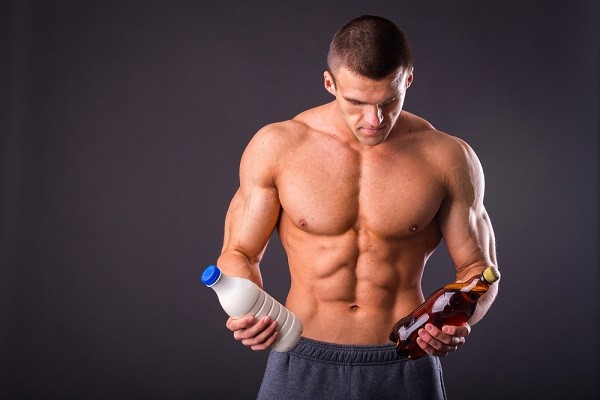 It’s been a long stressful week, but finally, the weekend is here!

The first thing a lot of people want to do is get out, have a drink of their favourite alcoholic beverage, and relax.

But what about the muscle you’ve been trying so hard to build all week?

You’ve been training hard all week and your diet has been nailed. Now you’re wondering… what affects the alcohol you’re drinking may have on your muscle growth? So today I’m going to take a look at alcohol and muscle growth. 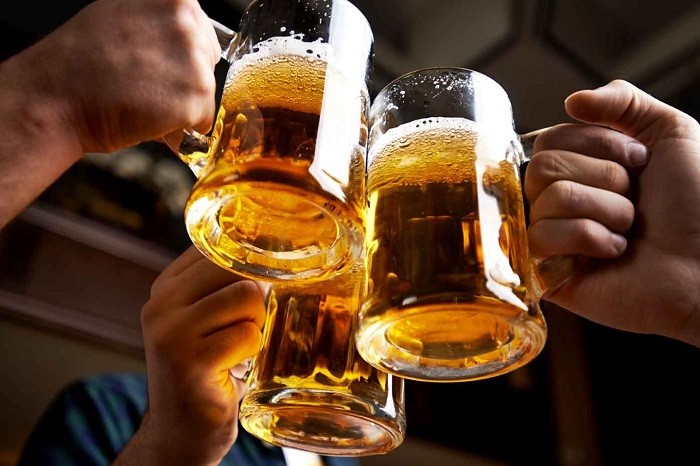 There are obvious health risks with drinking alcohol, but I’m only going to be covering the negative impact that it can have on your hard earned muscle gains.

In this post, I’m going to break this down into just three major players in the building muscle process, and how alcohol affects each of them.

Now, we know that Protein Synthesis is essential for muscle growth. Well, scientific research has discovered that drinking alcohol actually inhibits Protein Synthesis, so in effect, alcohol stops your muscles from growing. One such study was reported in the “American Journal of Physiology, Endocrinology and Metabolism” in 1999. The research concluded that alcohol has a blocking effect on protein synthesis which leads to a reduction in muscle mass.

In 2001, an article was published in the “International Journal of Sport Nutrition and Exercise Metabolism” found that meals consumed within a 24-48 hour window after resistance training had the greatest effect on muscle growth (also referred to as muscle hypertrophy).

A more recent study by Australian exercise scientists found that post exercise alcohol inhibits rates of muscle protein synthesis, reinforcing this body of data. You can see the results from the study on the graph below: 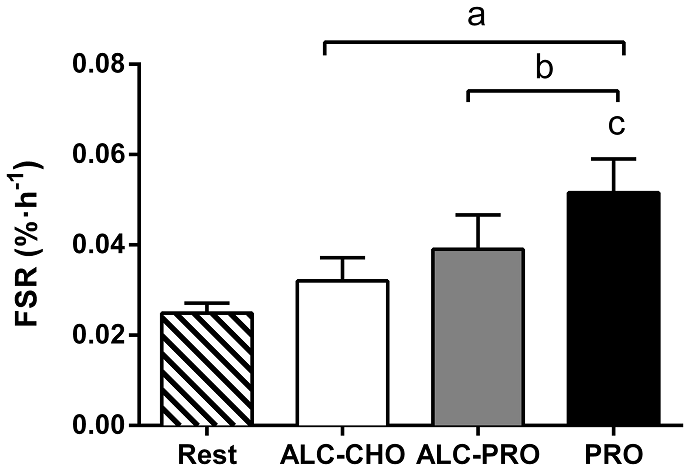 Most people know what testosterone is, but just in case you’re not aware of how important this stuff is when it comes to muscle growth, read this quote:

Testosterone, the highly potent muscle building hormone, the stuff steroids are made from, is crucial for maximum muscle growth. You want as much of this stuff as possible, but unfortunately, studies have shown alcohol lowers testosterone levels.

Research published by “Alcoholism: Clinical and Experimental” in 2004 found that a group of subjects who drank alcohol had significantly lowered testosterone levels compared to a group that had no alcohol.

This is another important player in the muscle building process, as well as other functions in the human body.

How To Drink and Keep Bulding Muscle

If you like a drink, the good news is that you don’t need to give up alcohol completely in order to build muscle

Now I’m no angel when it comes to drinking alcohol, I like to drink sometimes and have a good time with friends and family, but I don’t let it have a negative impact on my physic. Binge drinking every weekend is not going to help with your muscle gaining goals. However, going out once a month or once every couple of months is not going to get in the way of your muscle gains too much.

If you’re just starting out with building muscle and you’re serious about changing your body, then you should stay off drink completely from the first few months to maximise your muscle gains. By doing this, you’re giving yourself the best possible chance from success and placing your body in a state to produce maximum muscle.

A Few Tips When Drinking Alcohol

Try and keep yourself hydrated when you’re drinking alcohol. I don’t mean you have to stand in a bar with a bottle of water in one hand and a beer in the other, that’s probably going to earn you some funny looks. Just try and slip a few glasses of water in when you’re drinking, and drink a full glass at the end of the night, just before bed.

Before I go out for a good drink, I make sure I’m well fed and hydrated. I’ll eat some slow digesting protein like a steak to make sure my muscles are still being fed with protein to maintain muscle and a slow carb source such as sweet potatoes to maintain energy levels.

Obviously timing when you’re drinking alcohol is a good idea too. Make sure that you don’t drink on the same day as you’re training, because of alcohols negative effects on protein synthesis, testosterone and growth hormone. Training in the afternoon then heading out for a drinking session the same night is not a good idea as this is when your muscles are in most need of good nutrition and rest in order to grow.

Drink on your days off from the gym, but also avoid drinking when you’re training the text day… hang overs and the gym don’t mix!