Wide vs Narrow Stance for Squats 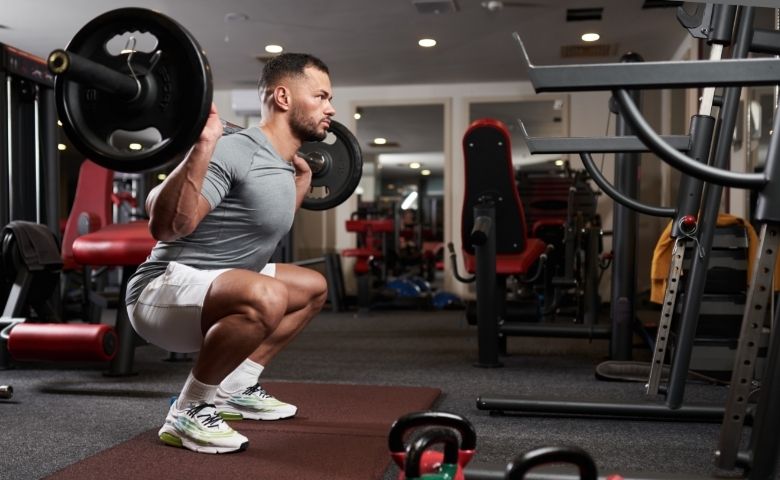 The squat – mother of all leg exercises. But what is the difference if you stand wide or narrow when squatting a barbell?

And, should the barbell be positioned on the front or the back of your shoulders?

Let’s discuss these questions in detail, to get that optimal squat for bigger, stronger, legs.

The squat is one of the most effective lower extremity exercises. Depending on the objective, the squat can be varied in its execution: the barbell can be placed in different positions (high shelf, low shelf, front shelf) and the exercise itself can be performed in different stance widths (from narrow to wide). Since both the placement of the barbell and the stance affect the kinematic requirements, it is obvious that these requirements have an equal effect on muscle activity.

Basically, the stance of a squat can be divided into a wide, narrow, and moderate stance.

The authors observed that a broad stance contributed to greater hip extensors and abduction moments, that is, the muscles of the hip extensors and abductors were more involved in the broad stance. On the other hand, the narrow stance tended to lead to higher knee flexion moments, i.e. greater stress on the knee extensor due to a larger knee angle.

Another study observed a squat with a wide stance (140 percent shoulder width) versus a tight stance (75 percent shoulder width) at 60 percent and 75 percent of maximum weight (1RM; that is, the weight that can only be repeated one repetition) ) increased activity of the adductor longus muscle ( inside of the thigh) and the gluteus maximus muscle (large buttock muscle).

Overall, it can be concluded that with a squat with a wide stance, the involvement of the hip extensors (buttocks and back of the legs) and the external rotation tends to increase, while a closer stance favors the knee extensors.

Larsen and colleagues combined both approaches and documented both kinematic and electromyographic changes with different stance widths during squats with the 3RM (weight that can only be moved three times).

A squat with the barbell down (low bar) and a wide stance (self-defined) led to higher hip moments (more tension in the buttocks and back of the thighs) than a narrow stance.

When it comes to storing the barbell, a basic distinction is made between the high rack (high bar), the low rack (low bar), and the front rack (front squat).

In the traditional squat with a high rest, the barbell is positioned on the trapezius muscle (trapezius muscle or hood muscle) under the 7th vertebra of the cervical spine. This is a common exercise in Olympic weightlifting.

In the low-bar squat, on the other hand, the bar is placed on the lower part of the trapezius just above the back shoulder along the spine of the shoulder blade. This exercise is often used in powerlifting, as heavier weights can often be used in this variation.

If one compares the high bar squat with the front squat in trained bodybuilders, the front squat shows a higher activity of the vastus medialis and rectus femoris muscles (both are leg extensors), while the high- Bar squat the semitendinosus muscle (hip extensor or the back of the leg) is more involved. This could be due to the increased body lean on the high-bar squat.

This could also be referred to as “hip dominant” or “knee dominant” variations. The further the legs stand in the squat, the more the inner thighs and buttocks are activated. 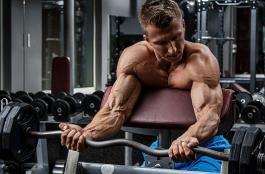 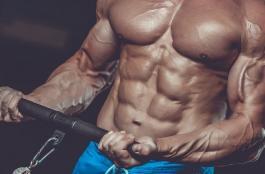