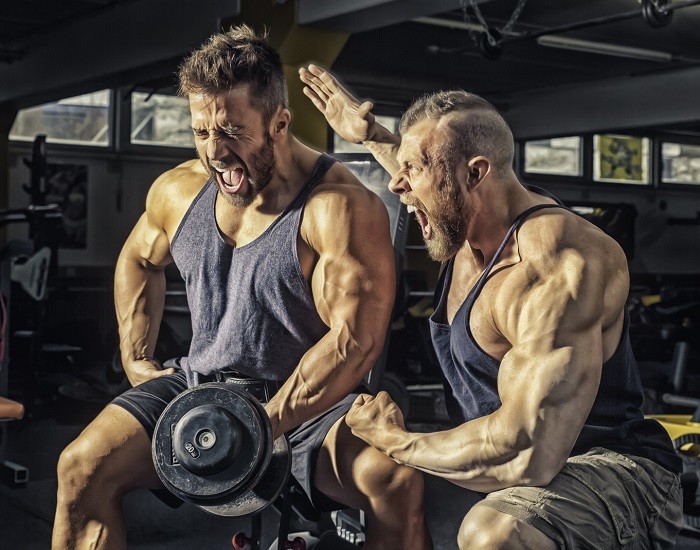 Many people believe that in order for a muscle to grow it’s absolutely necessary to take every working set to momentary muscular failure. Failure is the point at which you’re unable to complete one more rep of the concentric (positive) part of the lift.

Some people swear by training to failure and will argue that progress can’t be made without following this principal, stating that if you stop short of reaching failure then you’ve not given your muscles a clear reason to adapt and grow.

The logic sounds pretty solid… but there’s a problem with this theory.

Training to Complete Failure… The truth

Take a look at 5X Mr Universe Bill Pearl (pictured below) who NEVER trained to failure.

“My approach to training has always been to push yourself in your workouts, but do not train to failure! The last rep should be difficult, but not impossible or unachievable. Speaking from experience, I urge you: Train hard, yes, but not to failure. Complete what you start — and that means every rep. I believe that this approach will not only ensure that you’ll stay with your training program year after year but you’ll also make the greatest progress.”

Then there are many bodybuilders, average Joes, powerlifters, and people with physically demanding jobs who are all able to develop impressive muscularity and strength without ever training to true failure.

So it’s evident all around us, very clearly, that training to failure is not a necessity for muscle growth.

Let me tell you now, exercising to the point of muscular failure is not, and never has been, a necessary requirement for muscle hypertrophy. The growth response is not induced by a single rep (i.e. the failure rep). To build muscle, the goal is to recruit as many muscle fibres as possible.

You’re able to recruit all muscle fibres without ever going to failure.

Training to complete failure on every set can actually hinder your gains. If you max yourself out on your first set, you’re going to be very fatigued going into your second set. If you continue training to failure on each set you will reduce your ability to recruit motor units effectively, resulting in less muscle fibre recruitment.

You’ll find that you have to drop the weight or reduce reps as you progress through your workout. Speed slows and form breaks down as you reach failure, the final rep is really useless at contracting the muscle and stimulating growth.

You should stop one or two reps shy of failure. This allows you to train with a heavy weight and good form while leaving enough juice in the tank to see you through the rest of the exercises in your workout.

Just in case you’re a hardcore training to failure advocate and still on the fence about this.

There was a recent study in 2012 by the National Strength and Conditioning Association that found the maximum muscle activation was achieved 3-5 reps short of failure. So, it’s not the last rep that counts for growth, because the growth response has reached its maximum and plateau a few repetitions before failure.